A new exhibition at the National Museum of Scotland will examine the artistry and legacy of one of the world’s rarest, most coveted and biggest books.

Published as a series between 1827 and 1838, Birds of America by John James Audubon (1785-1851) was a landmark work which achieved international renown due to the epic scale of the project and the book’s spectacular, life-sized ornithological illustrations.

Audubon’s Birds of America (12 February – 8 May 2022) will showcase 46 unbound prints from National Museums Scotland’s collection, most of which have never been on display before, as well as a rare bound volume of the book, on loan from the Mitchell Library. This exhibition is a unique opportunity to see so much of Audubon’s work in one place.

The four volumes which make up Birds of America consist of 435 hand-coloured prints. The book was the culmination of Audubon’s ambition to paint every bird species in North America, and is celebrated for its extraordinarily animated, dramatic and detailed illustrations. In order to accommodate life-sized birds, the book was printed on paper which was almost 1m long. Even then, some larger species had to be posed in contorted positions in order to fit them onto the page.

Where his predecessors and contemporaries illustrated birds looking stiff and unnatural, Audubon was pioneering in his depiction of scenes from nature, pinning birds into realistic poses he had observed in life and painting on the spot.

He is traditionally celebrated as the quintessential American woodsman, adventurer and naturalist, who identified over 20 species new to science. His paintings of the natural world are some of the most famous in the history of art and natural sciences, and his portrait hangs in the White House.

Audubon’s story, however, is full of contradiction and controversy, and the exhibition will look at both the legend which built up around him and the more complex, problematic realities. He profited from the ownership of enslaved people and showed disdain towards the abolitionist movement, aspects of his story which have been overlooked until recently. His scientific standing is also disputed, with accusations of completely fabricating some species and he certainly made errors in his identification of birds.

The exhibition, which is supported by players of People’s Postcode Lottery will also explore Audubon’s links with the scientific and artistic community in late-Enlightenment Edinburgh, where the process of publishing the book began. He visited Edinburgh six times, including research visits to what is now the National Museum of Scotland itself. The exhibition will bring the story up to the present day, looking at the conservation status of some of the species featured in Birds of America.

“Birds of America is one of the most beautiful and famous books in the world, and the story of its creation is extraordinary.  Most people have only seen digital copies, so this lavish exhibition gives visitors a once-in-a generation opportunity to view so many of the prints together in one place and appreciate the scale and ambition of Audubon’s “Great Work”.  Audubon was, and remains, a contradictory and controversial figure and the exhibition will examine the myths and the reality behind this American icon.”

“Audubon’s Birds of America is a rare chance to view these lavish prints up close and discover the story of their creation. I am delighted that players of People’s Postcode Lottery are supporting this thoughtful exhibition, which will also give visitors insight into the extraordinary journey to the book’s publication.” 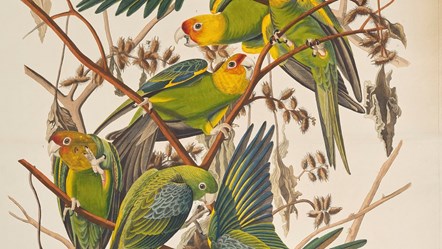 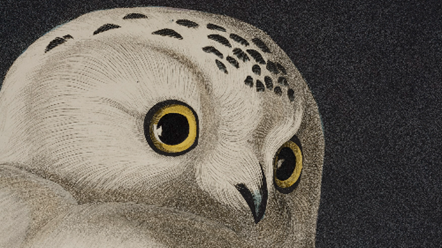