A new artwork by ground-breaking Japanese artist Hitomi Hosono will be unveiled in a display at the National Museum of Scotland. Japanese Contemporary Design (6 May 2022 – 5 March 2023), will showcase developments in art, craft and design in Japan over the past 50 years. Hosono’s spectacular A Large Pine Tree Pool has recently been acquired for the National Collection and will be shown for the first time.

From striking statement jewellery to glass and porcelain sculptures, this free display will explore the rich and varied practice of Japanese contemporary designers over five decades. Cultural events associated with the 1964 Tokyo Olympics prompted Japanese makers to take notice of international design. The artists represented in the display reflect the developments of the following 50 years, combining traditional artisanship and themes with new materials, inspiration and techniques.

A more diverse range of makers has also emerged in Japan in recent years. Ceramicist Hitomi Hosono is one of the highly skilled female artists breaking into historically male-dominated disciplines. This follows a move away from the traditional apprenticeship-based system and the long-established custom of the eldest son taking over from his father. Japanese Contemporary Design will include an equal number of works by female and male makers, shining a light on some remarkable artisans who have previously been overlooked.

“This display will highlight the extraordinary skill and diversity of contemporary Japanese makers. The objects exhibited represent recent developments in the art world, both in Japan and internationally. I am particularly delighted to include Hitomi Hosono’s remarkable A Large Pine Tree Pool, on display for the public to enjoy for the very first time.” 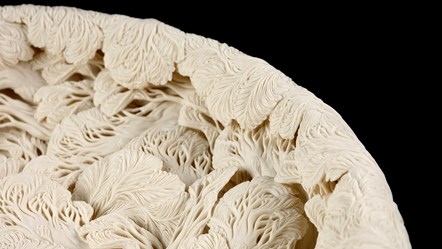 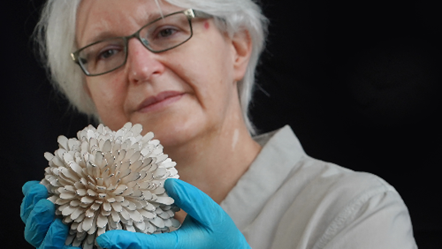