National Museum of Flight prepares to Dig for Victory

Inspired by its location on an atmospheric Second World War airfield, the National Museum of Flight at East Fortune, East Lothian will host a special Dig for Victory event on Sunday 8 May.

Supported by players of People’s Postcode Lottery, Dig for Victory will use talks, tours, demonstrations and hands-on family activities to explore how people grew and cooked their food during the Second World War.

Visitors can hear food historian Nichola Fletcher explain the challenges of wartime cooking and the innovative ways people coped with limited access to ingredients due to rationing. Talks on the Lost Allotments of East Fortune will include archive photos of the airfield and descriptions of how fruit and vegetables were grown there during the war years.

Visitors can also sign up for a walking tour of the site to discover what it was like to live and serve at RAF East Fortune.  Hands-on activities available on the day include the chance to make a flower seed bomb and to plant a seed in a paper pot to grow at home.

The support of players of People’s Postcode Lottery means that Dig for Victory is free with Museum admission.  All of the National Museum of Flight’s attractions will be open to explore including the Fortunes of War exhibition which recounts the airfield’s history through photographs, film, personal testimony and unique artefacts. Visitors can see an example of the iconic Spitfire that played such an important role in the Second World War in the Museum’s military hangar and can visit more recent aircraft including Scotland’s Concorde.

Families can also explore the science of aviation and discover how aeroplanes fly in the Fantastic Flight gallery with its popular interactive exhibits.

“The National Museum of Flight is located on the UK’s best-preserved Second World War airfield and still features a number of buildings from the period, including historic wartime aircraft hangars. The people who lived through the war were brave and resilient but also very resourceful and we’re delighted that players of People’s Postcode Lottery are helping us to share this part of their story with visitors of all ages.”

“This Dig For Victory event is a fascinating and fun way to learn about the history and challenges of providing meals on the home front during the Second World War.  We’re delighted that players of People’s Postcode Lottery can offer visitors to the National Museum of Flight the chance to step back in time and explore this fascinating aspect of our country’s wartime past.”

The National Museum of Flight is open seven days a week from 10am until 5pm.

Tickets can be booked online at nms.ac.uk/flight

Further information and images from: Karen Finlay, Artisan PR on 07803 945043 or karen@artisanpr.co.uk 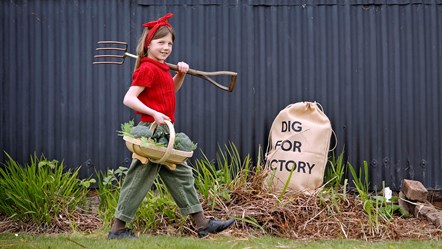 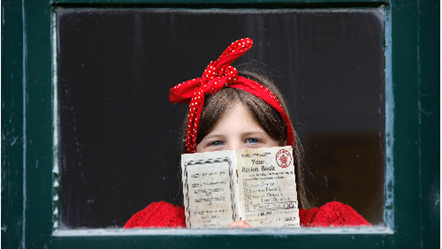