National Museums Scotland has acquired an exceptionally rare gold sword pommel, created around 700 AD. Discovered in Stirlingshire, this spectacular object is one of the first of its kind found in Scotland and has been allocated to the Museums by the King’s and Lord Treasurer’s Remembrancer following the recommendation of the Scottish Archaeological Finds Allocation Panel.

The pommel is a decorative fitting that would have capped the top of a sword hilt made over 1000 years ago. Crafted in solid gold, the object is encrusted with garnets and intricate goldwork. This rich and technically accomplished decoration is highly symbolic, featuring religious motifs and fantastical creatures.

The discovery was made near Blair Drummond in Scotland, adding significantly to its archaeological value, affirming important cultural, political and artistic interactions within northern Britain. Its decoration masterfully combines elements from both Anglo-Saxon England and the kingdoms of Early Medieval Scotland. This vibrant ‘Insular art’ style, made famous by illuminated manuscripts such as the Lindisfarne Gospels, is Britain’s unique contribution to medieval European art and the Stirling pommel is an outstanding expression of this creative fusion in gold.

“Goldwork from this period is virtually unknown from anywhere in the UK and we are delighted to secure the Stirling Pommel for Scotland’s national collections. It is a hugely significant archaeological find, revealing more about this fascinating period in the history of northern Britain and representing the spectacular skill and craftsmanship of the period.”

The pommel was discovered by a metal detectorist and declared to the Treasure Trove unit, in accordance with Scots Law. It was subsequently allocated to National Museums Scotland by the Scottish Archaeological Finds Allocation Panel (SAFAP).

“This discovery highlights the positive work done by the Treasure Trove Unit to decide upon the preservation of rare items for the nation.”

The announcement follows the success of  Scottish Archaeology month 2022 in September. This initiative is focused on sharing and engaging with stories related to history, heritage and archaeology in Scotland.

3. The King’s and Lord Treasurer's Remembrancer (KLTR) is responsible for claiming objects for the Crown under the law of Treasure Trove and bona vacantia. The office is held, ex officio, by the Crown Agent John Logue. The KLTR has wider responsibilities for dealing with ownerless and abandoned property, including the estates of those who die without leaving a will and who have no known relatives and the assets of dissolved companies. 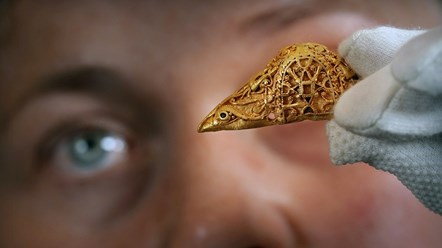 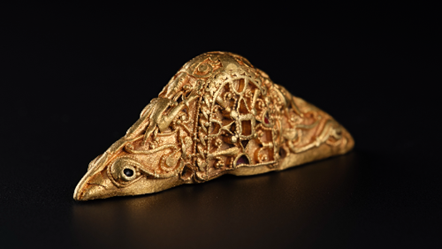